Woman educates others about impaired driving 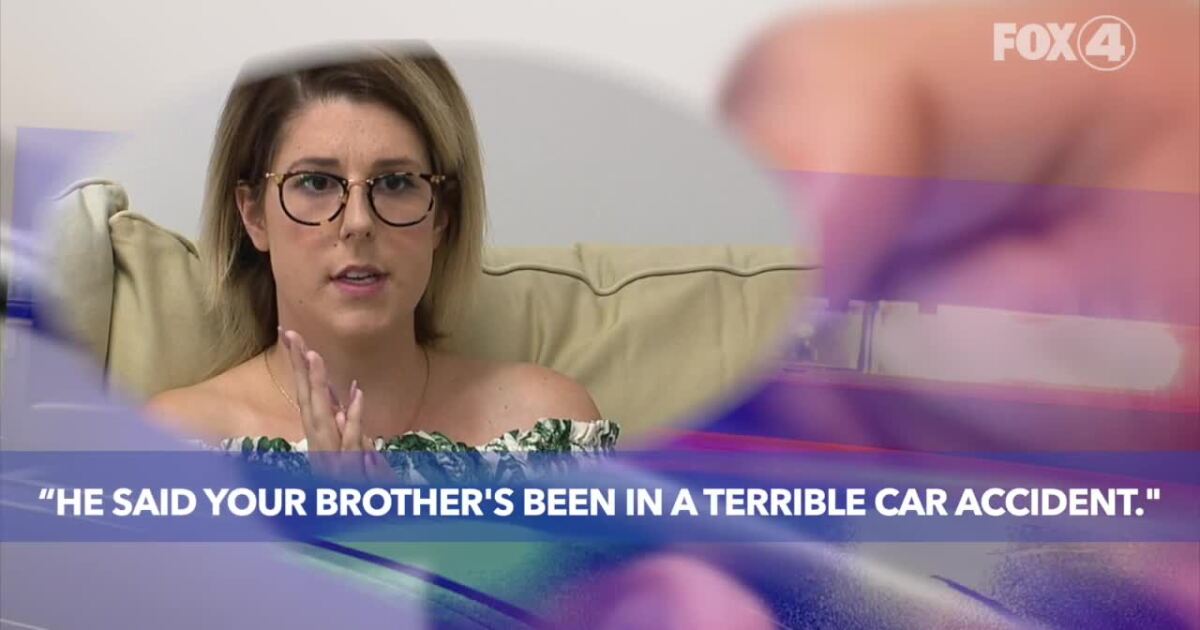 When it comes to crime where you live, you’ve told us you want to know what’s working to curb it, what tools are helping to cut down crime, and who in our communities is playing a role. So we’re shining a spotlight on a young woman in Southwest Florida who’s family was victim to a devastating crime, and how she’s working to make sure others don’t face what they did.

Before 2015, Lauren Harkins had a vision for her life. “I was on a path to go to school to be a marine biologist,” she said. “I had all these dreams. I loved to scuba dive, to go travel and scuba dive. (I dreamed of) getting my first apartment with my brother. Me and him had plans to do that.”

Lauren was driving down Martin Luther King, Jr. Boulevard in Fort Myers. “You could just see lights everywhere. It literally looked like the entire Fort Myers Police Department was blocking this entire area,” she said.

She realized something terrible was happening, but didn’t realize just how much it would impact her until her stepdad called. “He was like ‘Hey Lauren, where are you?’ I said ‘I’m dropping my friend off.’ He said ‘Your brother’s been in a terrible accident, I need you to get to Lee Memorial Hospital immediately,'” Lauren remembered.

Once inside, the doctors told her what was going on. “The doctor teared up, and she goes ‘I’m so sorry, he didn’t make it.’ And I fell on the ground and just started screaming and crying in agony,” Lauren said.

That’s when she realized all those lights she saw were for her brother. It wasn’t until the next day investigators told her family Evan died in a hit-and-run crash. Almost 8 months later, the driver — a teenager at the time — was finally arrested.

As the legal proceedings dragged on after, Lauren said it was like her identity was defined by what happened. “The day that Evan’s case ended, the next day, I didn’t know what to do with my life,” Lauren said. “It was a lot of learning of how do you live your life with somebody that was supposed to be there for everything, who knows you better than everybody else. I had to find myself again.”

It was never revealed for sure if the driver charged in Evan’s death was drinking at the time. But Lauren called Mother’s Against Drunk Driving (MADD) to see how she could get involved. She started sharing her story at impact panels before turning what happened to her family into a full time career. “I’ve gotten to transition from being a victim, to seeing the side of all the work that goes into prevention,” she said.

She’s MADD’s program specialist. A big part of her job is working with young people in Southwest Florida, educating them on the dangers of drunk and drugged driving. “I feel since my brother’s crash involved somebody who was 16, that I feel it’s so important I can connect more with them,” she said.

The “thank you” cards lining her cubicle and the awards on her shelves prove people are hearing her story, understanding her message, and believing in her mission.

“Yeah, the pain’s always gonna be there. It sucks. I hate not having my brother. But if you keep chipping away, you get stronger. You have to pick yourself back up. I don’t care how long it takes you, but you’ll be able to do it in your way, whatever way it is,” Lauren said.