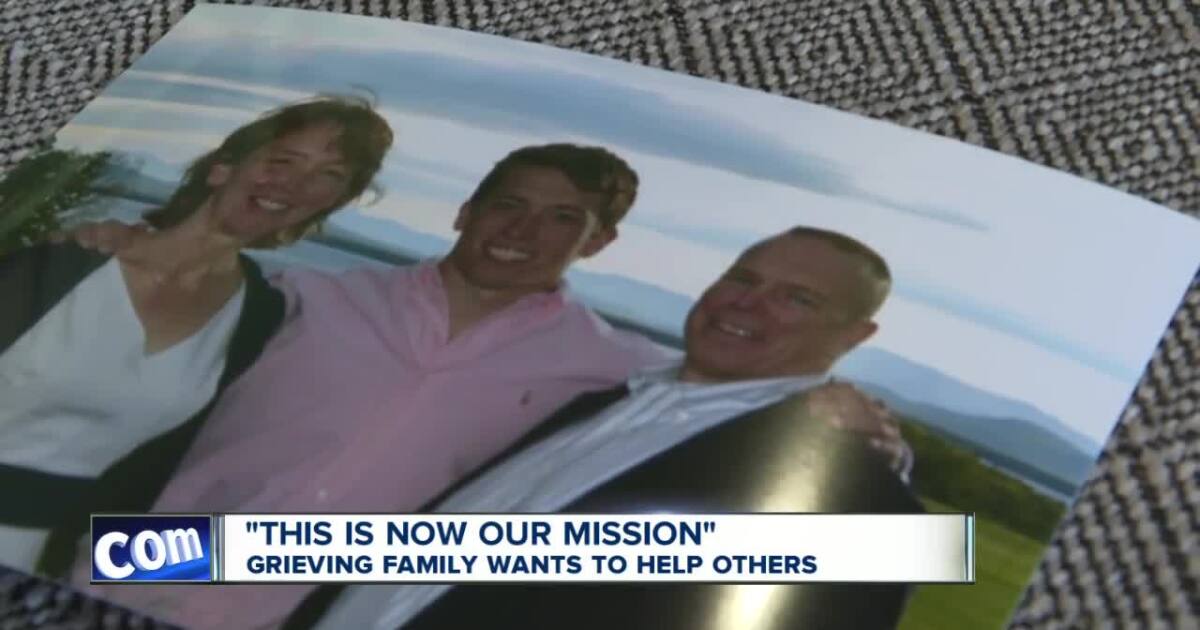 “He knew that I loved him, but it wasn’t enough,” Bill said. He continued, “That was the worst phone call that I could have ever received.”

Matthew was just 26-year-old. He was a UB Law student interning his summer at a Buffalo firm. He grew up in Eden in a tight-knit family eventually graduating from Nichols School in Buffalo and Middlebury College as a decorated athlete and scholar.

“Just the type of kid you wanted to be around,” his dad said. The Benedict family says Matthew was always humble, compassionate and always willing to help others.

“He just loved life and that is why this is so difficult,” Bill said. A big part of Matthew’s life was sports. Football was a passion of his and while at Middlebury, he was captain of the football team. But he suffered at least two concussions during his college football career.

“We do feel after that he changed,” Bill said. It was the day after Matthew graduated from college in 2015 he wrote this blog first describing his struggle with mental health.

“These times have been the scariest times of my life and have lasted many months. Not scary because I was actually scared, but scary because I felt nothing at all,” Matthew wrote in that blog. Adding, “Tell everyone you love them every single day and treat those you don’t know with the same love.”

“And that’s one thing Matt was able to do that most of us didn’t do is he wasn’t afraid to speak out,” Bill said of his son. Matthew’s parents say his family was by his side through his struggle, taking him to see doctors and counselors.

“He was fighting some demons.”

Matthew started a conversation so many shy away from. A conversation he was determined to continue, something his family plans on doing in his honor.

“This is something he was passionate about and this is now our mission.”

A mission to help others, to educate others and raise awareness. A mission that will hopefully give people a place to turn. The Benedict’s are hoping to do all of that through “ Matthew Benedict’s One Last Goal.”

People can donate to the non-profit, which is an endowment through the Community Foundation for Greater Buffalo . The money will go towards helping students and athletes struggling the same way Matthew did, through outreach, education and awareness.

“If we can save one life that that’s what this is all about…If someone could’ve said to us, ‘Hey. We can help you save your son’s life,’ that would’ve been wonderful. And that;s what we’re aiming to do in his honor.”