On this day, back in 2001, Legally Blonde first hit theaters and wow, has time flown by since its debut. Over the past 18 years we’ve seen Reese Witherspoon play everyone’s favorite underestimated blonde beauty Elle Woods, who becomes a lawyer despite being a fashion major in college, twice and then tease a third film in the franchise.

The leading lady has started her own production company, was nominated for an Oscar for Wild and become a mega TV star thanks to Big Little Lies, which is just one of her projects that falls under the Hello Sunshine umbrella. She has three children, is besties with Oprah Winfrey (or so she tells Ellen DeGeneres) and has numerous projects in the works.

No matter how big Witherspoon’s star gets, her role as Elle, the “dumb blonde” who manages to graduate at the top of her class at Harvard Law School and get a man who actually appreciates her brain, will always be one of her most iconic.

After 18 years you’d think that Legally Blonde would be a thing of the past but that is not the case. It is a film that is quoted on the regular and rightfully so.

Not only did it confirm that orange will never be the new pink, but it proved that strong, smart women are also sexy, which isn’t a new idea, but the way this movie showed that was fun and totally great.

You might not be a Gemini vegetarian, but we bet after all these years you do have a favorite character that you not-so-secretly quote or laugh with or at when Legally Blonde comes on.

Are you a mega Elle Woods fan? Or perhaps you love her furry BFF Bruiser Woods?

There are a lot of other “minor” characters who are major players in the film and still make us laugh, smile or scream when we see them, and yet, we love them all.

From Elle’s terrible ex-beau and Harvard hottie Warner (Matthew Davis) to her eventual flame and go-to guy at law school Emmett (Luke Wilson), there is definitely a character that you love most.

Could it be the dorky David Kidney (Oz Perkins), who is so smart it hurts his game with the ladies? What about Chutney (Linda Cardellini)? Sure she’s evil, but her perm is on point! Plus, there is always fellow Delta Nu sister Brooke Taylor Windham (Ali Larter) who understands that Cosmopolitan is the bible…even in prison.

Of course we can’t forget about Elle’s biggest cheerleaders AKA her sorority sisters Margot (Jessica Cauffiel) and Serena (Alanna Ubach). They might not understand why Elle would want to study instead of party the last few weeks of college, but they are totally in her corner.

While we don’t love Professor Callahan’s (Victor Garber) inappropriate advances, his fellow colleague Professor Stromwell (Holland Taylor) is someone we are big fans of in both of the Legally Blonde movies. 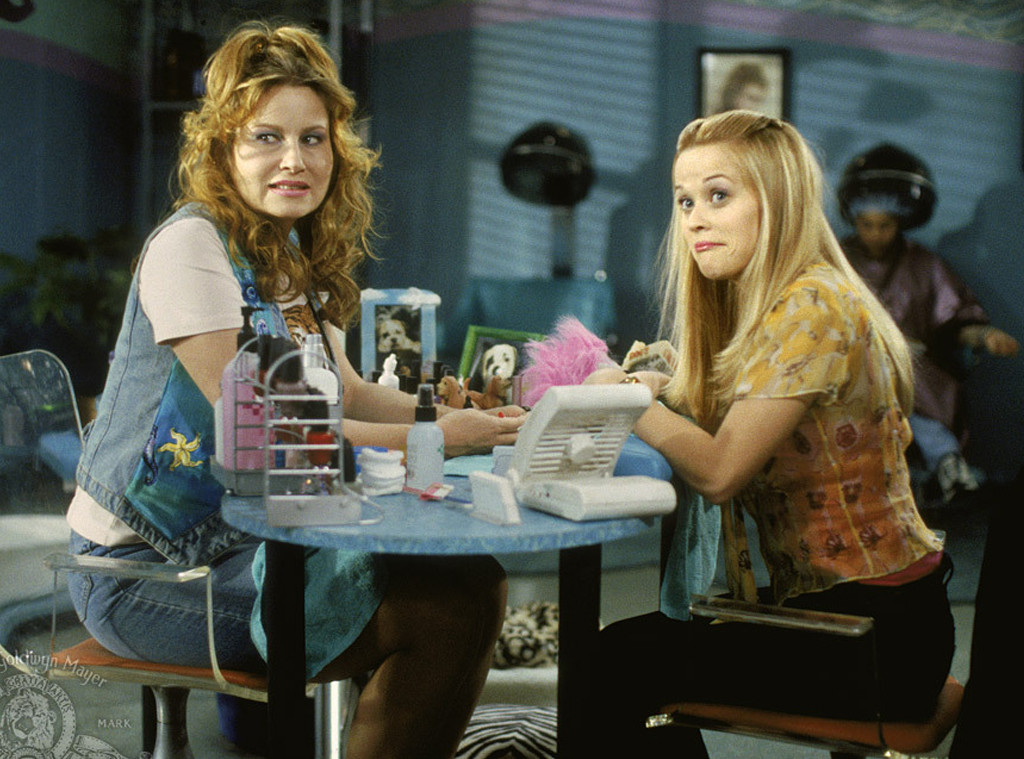 Last, but not least are the two ladies who really help carry this movie to the next level…Vivian Kensington (Selma Blair) and Paulette (Jennifer Coolidge).

Vivian is Warner’s fiancé, which sucks, but she does end up as a girl’s girl in the end so we forgive her for that costume party stunt. Paulette on the other hand is a true friend to Elle, even if she doesn’t really know how to do the bend and snap!

Now that you’ve brushed up on the who’s who from Legally Blonde make sure to vote for the character you love most below.